A downloadable game for Windows, macOS, and Linux

This is a demo made by CrowFeathers and 3rifeng for the visual novel game jam NaNoRenO 2022. Follow us to get notified when the full game is released!

The birdfolk town of Fiddlehead is aflutter with preparations for the upcoming Spring Festival, and Buttercup and her best friend Alto have a problem--or more specifically, their parents do.

Buttercup's mom and Alto's dad were best friends themselves for years, until they stopped talking at last year's Festival. Though the exact reason why is known only to them, it's obvious to both of their kids that they miss the friendship they once had. If they had the chance to properly talk things out, could they reconcile?

Play through the story from Buttercup's perspective as the two younger feathered friends hatch a plan to try to figure out what happened...and hopefully give their parents a nudge towards mending their friendship at the Festival.

Buttercup: A sweetly snarky member of the Gardening Guild. Though she wants to find out what happened between her mother and Alto's dad, she doesn't intend to directly interfere.

Alto: A member of the Music Guild who can be rather flighty (in more than one sense) and likes to joke around. He's determined to create an opportunity for his dad to have a proper talk with Buttercup's mom.

Dandelion: Buttercup's mother and the Head of the Gardening Guild. A good-natured, fussy perfectionist who tends to get wrapped up in her work.

Moss: Buttercup's easy-going and reliable dad. He's helping his wife Dandelion prepare for the Spring Festival (and reminding her to take breaks).

Forte: Alto's father and the Head of the Music Guild. A nurturing soul with a flair for the dramatic (and a fantastic hat). He'll appear in the full game!

Piper: Alto's cheerful mom who loves stationery and the color pink. She'll show up in the full game!

Download and extract the .zip file, then start the "FestivalAtFiddleheadDEMO" file to play the game. 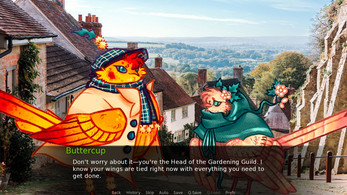 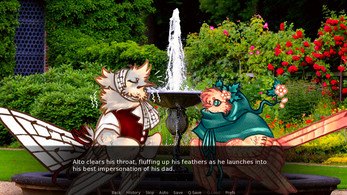 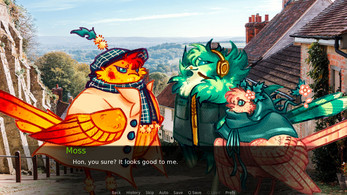 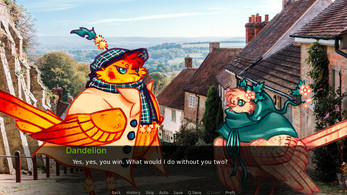 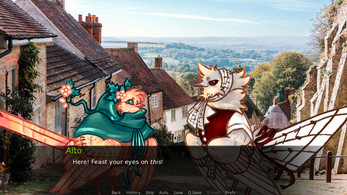